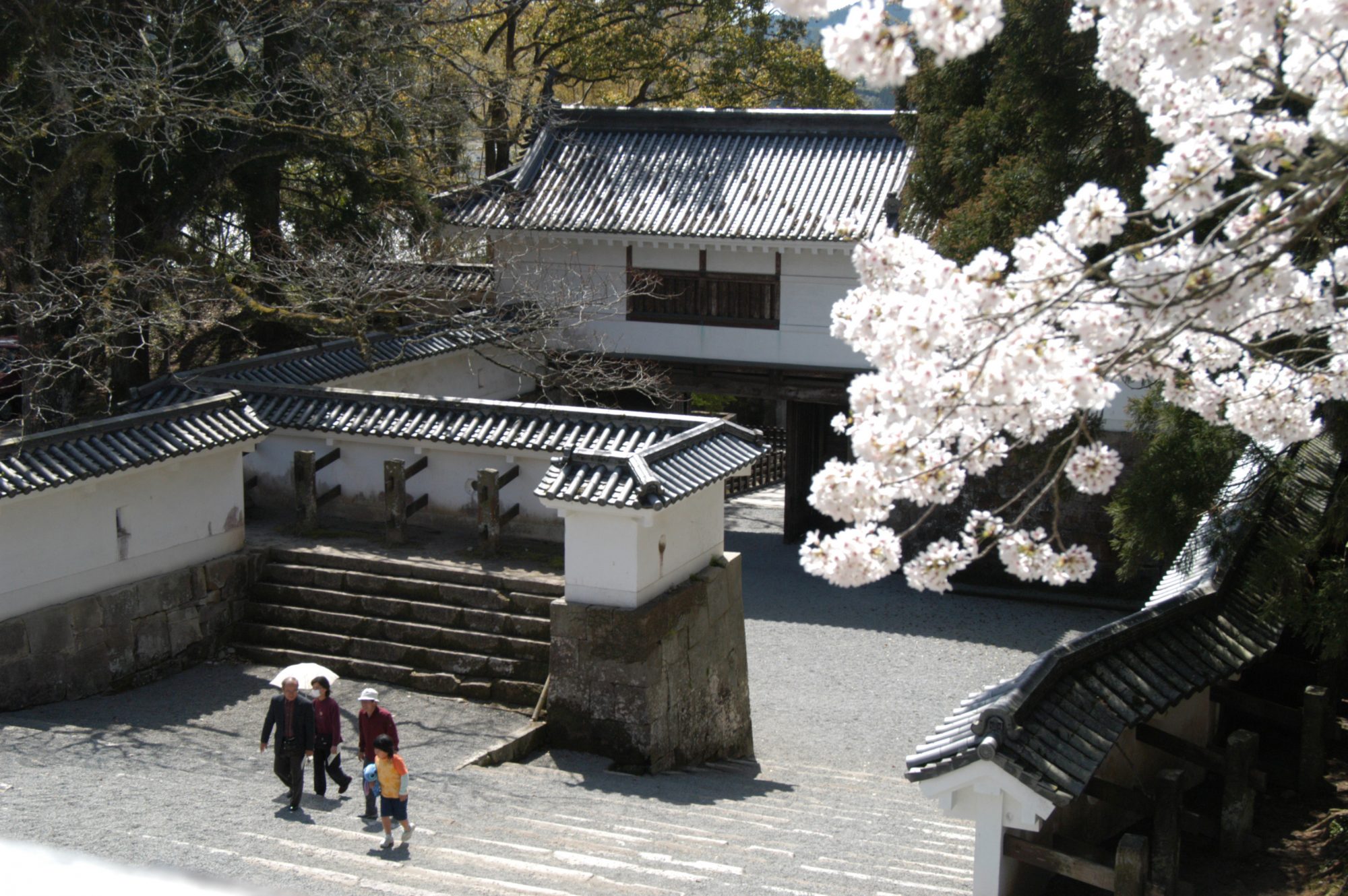 The moss-covered stone walls, broad stone steps in front of the Ote-mon main gate, moat ruin, and old samurai residences all bring back the past, once serving as the symbol of the powerful Itou Family.

The Matsuo-no-Maru residence and Ote-mon gate have been reconstructed using Obi’s famously beautiful cedar wood. The castle and its surrounding territory is also designated as one of Japan’s Preservation Districts for Groups of Historic Buildings.

From 1588 during the Tensho Era to the start of the Meiji Era, for 280 years Obi flourished, known as the Itou Family’s 51,000 stone castle town. With its samurai homes representing the gates, a stately stone wall, and rows of the remaining white plaster walls lining the historic town, Obi Castle Town was designated one of Japan’s Preservation Districts for Groups of Traditional Buildings in 1977.

The Obi Castle Historical Museum exhibits valuable artifacts that tell the Ito Family’s history, as well as that of the buildings that comprise the Obi Castle estate, including Matsuo-no-Maru, the domain school Shintokudo, and most notably, the Ote-mon Gate, rebuilt in 1978.

The main street of the merchant’s town entertains visitors with its Edo period atmosphere, allowing anyone to step back in time. Some old merchant shops decorate their storefronts with old cask barrels, others with latticed windows covered in traditional garden lanterns. Traditional Japanese parasols line the streets, adding to the old-world feel of Obi alongside the crystal-clear waterways winding through the town.